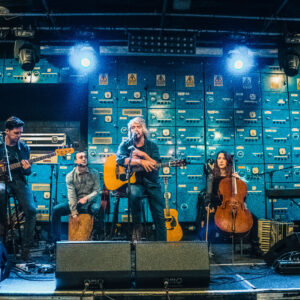 John Bramwell is one of the UK's most unique and talented singer-song writers and has been performing as a musician for over 30 years.
His 2018 album, 'Leave Alone the Empty Spaces' is a stunning showcase of John's skilful, widely acclaimed song-writing and his unique voice. The first completely new collection of songs by John as a solo artist since he started his adventures away from I am Kloot, the album was inspired by his ‘off the beaten path’ journey through the UK and Europe.
As part of I am Kloot, John released ten albums, receiving a Mercury Music Prize nomination in 2011, for the exquisite, 'Sky at Night', produced by Guy Garvey and Craig Potter from Elbow.
The show promises a versatile two-hour set packed with choice cuts from John’s solo repertoire, plus an opportunity to hear some I am Kloot fan favourites.